The Linux kernel memory allocators from an exploitation perspective

In anticipation of Dan Rosenberg’s talk on exploiting the Linux kernel’s SLOB memory allocator at the Infiltrate security conference and because I recently had a discussion with some friends about the different kernel memory allocators in Linux, I decided to write this quick introduction. I will present some of the allocators’ characteristics and also provide references to public work on exploitation techniques. 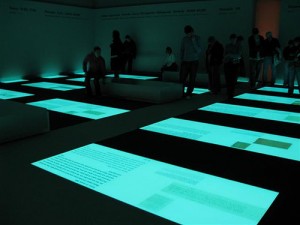 At the time of this writing, the Linux kernel has three different memory allocators in the official code tree, namely SLAB, SLUB and SLOB. These allocators are on a memory management layer that is logically on top of the system’s low level page allocator and are mutually exclusive (i.e. you can only have one of them enabled/compiled in your kernel). They are used when a kernel developer calls kmalloc() or a similar function. Unsurprisingly, they can all be found in the mm directory. All of them follow, to various extends and by extending or simplifying, the traditional slab allocator design (notice the lowercase “slab”; that’s the term for the general allocator design approach, while “SLAB” is a slab implementation in the Linux kernel). Slab allocators allocate prior to any request, for example at kernel boot time, large areas of virtual memory (called “slabs”, hence the name). Each one of these slabs is then associated to a kernel structure of a specific type and size. Furthermore, each slab is divided into the appropriate number of slots for the size of the kernel structure it is associated with.

As an example consider that a slab for the structure task_struct has 31 slots. The size of a task_struct is 1040 bytes, so assuming that a page is 4096 bytes (the default) then a task_struct slab is 8 pages long. Apart from the structure-specific slabs, like the one above for task_struct, there are also the so called general purpose slabs which are used to serve arbitrary-sized kmalloc() requests. These requests are adjusted by the allocator for alignment and assigned to a suitable slab.

Let’s take a look at the slabs of a recent Linux kernel:

When it comes to the exploitation of overflow bugs in the context of slab allocators, there are three general approaches to corrupt kernel memory:

The ultimate goal of the above approaches is of course to gain control of the kernel’s execution flow and divert/hijack it to your own code. In order to be able to manipulate the allocator and the state of its slabs, arranging structures on them to your favor (i.e. next to each other on the same slab, or at the end of a slab), it is nice (but not strictly required ;) to have some information on the allocator’s state. The proc filesystem provides us with a way to get this information. Unprivileged local users can simply cat /proc/slabinfo (as shown above) and see the allocator’s slabs, the number of used/free structures on them, etc. Is your distribution still allowing this?

For each one of the Linux kernel’s allocators I will provide references to papers describing practical attack techniques and examples of public exploits.

Starting with the oldest of the three allocators, SLAB organizes physical memory frames in caches. Each cache is responsible for a specific kernel structure. Also, each cache holds slabs that consist of contiguous pages and these slabs are responsible for the actual storing of the kernel structures of the cache’s type. A SLAB’s slab can have both allocated (in use) and deallocated (free) slots. Based on this and with the goal of reducing fragmentation of the system’s virtual memory, a cache’s slabs are divided into three lists; a list with full slabs (i.e slabs with no free slots), a list with empty slabs (slabs on which all slots are free), and a list with partial slabs (slabs that have slots both in use and free).

A SLAB’s slab is described by the following structure:

The list variable is used to place the slab in one of the lists I described above. Coloring and the variable colouroff require some explanation in case you haven’t seen them before. Coloring or cache coloring is a performance trick to reduce processor L1 cache hits. This is accomplished by making sure that the first “slot” of a slab (which is used to store the slab’s slab structure, i.e. the slab’s metadata) is not placed at the beginning of the slab (which is also at the start of a page) but an offset colouroff from it. s_mem is a pointer to the first slot of the slab that stores an actual kernel structure/object. free is an index to the next free object of the slab.

As I mentioned in the previous paragraph, a SLAB’s slab begins with a slab structure (the slab’s metadata) and is followed by the slab’s objects. The stored objects on a slab are contiguous, with no metadata in between them, making easier the exploitation approach of corrupting adjacent objects. Easier means that when we overflow from one object to its adjacent we don’t corrupt management data that could lead to making the system crash.

Another resource on attacking SLAB is “Exploiting kmalloc overflows to 0wn j00” by amnesia and clflush. In that presentation the authors explained the development process for a reliable exploit for vulnerability CVE-2004-0424 (which was an integer overflow leading to a kernel heap buffer overflow found by ihaquer and cliph). Both the presentation and the exploit are not public as far as I know. However, a full exploit was published by twiz and sgrakkyu in Phrack #64 (castity.c).

SLUB is currently the default allocator of the Linux kernel. It follows the SLAB allocator I have already described in its general design (caches, slabs, full/empty/partial lists of slabs, etc.), however it has introduced simplifications in respect to management overhead to achieve better performance. One of the main differences is that SLUB has no metadata at the beginning of each slab like SLAB, but instead it has added its metadata variables in the Linux kernel’s page structure to track the allocator’s data on the physical pages.

The following excerpt includes only the relevant parts of the page structure, see here for the complete version.

Since there are no metadata on the slab itself, a page’s freelist pointer is used to point to the first free object of the slab. A free object of a slab has a small header with metadata that contain a pointer to the next free object of the slab. The index variable holds the offset to these metadata within a free object. inuse and objects hold respectively the allocated and total number of objects of the slab. frozen is a flag that specifies whether the page can be used by SLUB’s list management functions. Specifically, if a page has been frozen by a CPU core, only this core can retrieve free objects from the page, while the other available CPU cores can only add free objects to it. The last interesting for our discussion variable is slab which is of type struct kmem_cache and is a pointer to the slab on the page.

The function on_freelist() is used by SLUB to determine if a given object is on a given page’s freelist and provides a nice introduction to the use of the above elements. The following snippet is an example invocation of on_freelist() (taken from here):

Locking is required to avoid inconsistencies since on_freelist() makes some modifications and it could be interrupted. Let’s take a look at an excerpt from on_freelist() (the full version is here):

The function starts with a simple piece of code that walks the freelist and demonstrates the use of SLUB internal variables. Of particular interest is the call of the check_valid_pointer() function which verifies that a freelist’s object’s address (variable fp) is within a slab page. This is a check that safeguards against corruptions of the freelist.

This brings us to attacks against the SLUB memory allocator. The attack vector of corrupting adjacent objects on the same slab is fully applicable to SLUB and largely works like in the case of the SLAB allocator. However, in the case of SLUB there is an added attack vector: exploiting the allocator’s metadata (the ones responsible for finding the next free object on the slab). As twiz and sgrakkyu have demonstrated in their book on kernel exploitation, the slab can be misaligned by corrupting the least significant byte of the metadata of a free object that hold the pointer to the next free object. This misalignment of the slab allows us to create an in-slab fake object and by doing so to a) satisfy safeguard checks as the one I explained in the previous paragraph when they are used, and b) to hijack the kernel’s execution flow to our own code.

A public example of corrupting adjacent SLUB objects is the exploit i-can-haz-modharden.c by Jon Oberheide for vulnerability CVE-2010-2959 discovered by Ben Hawkes. In this blog post you can find an overview of the exploit and the technique.

Finally, SLOB is a stripped down kernel allocator implementation designed for systems with limited amounts of memory, for example embedded versions/distributions of Linux. In fact its design is closer to traditional userland memory allocators rather than the slab allocators SLAB and SLUB. SLOB places all objects/structures on pages arranged in three linked lists, for small, medium and large allocations. Small are the allocations of size less than SLOB_BREAK1 (256 bytes), medium those less than SLOB_BREAK2 (1024 bytes), and large are all the other allocations:

Of course this means that in SLOB we can have objects/structures of different types and sizes on the same page. This is the main difference between SLOB and SLAB/SLUB. A SLOB page is defined as follows:

The function slob_alloc() is SLOB’s main allocation routine and based on the requested size it walks the appropriate list trying to find if a page of the list has enough room to accommodate the new object/structure (the full function is here):

I think this is a good place to stop since I don’t want to go into too many details and because I really look forward to Dan Rosenberg’s talk.

Edit: Dan has published a whitepaper to accompany his talk with all the details on SLOB exploitation; you can find it here.

Wrapping this post up, I would like to mention that there are other slab allocators proposed and implemented for Linux apart from the above three. SLQB and SLEB come to mind, however as the benevolent dictator has ruled they are not going to be included in the mainline Linux kernel tree until one of the existing three has been removed.

Exploitation techniques and methodologies like the ones I mentioned in this post can be very helpful when you have a vulnerability you’re trying to develop a reliable exploit for. However, you should keep in mind that every vulnerability has its own set of requirements and conditions and therefore every exploit is a different story/learning experience. Understanding a bug and actually developing an exploit for it are two very different things.

Thanks to Dan for his comments.

The following resources were not linked directly in the discussion, but would be helpful in case you want to look more into the subject.